Home / Tournament Results / He Does It Again!

He Does It Again! 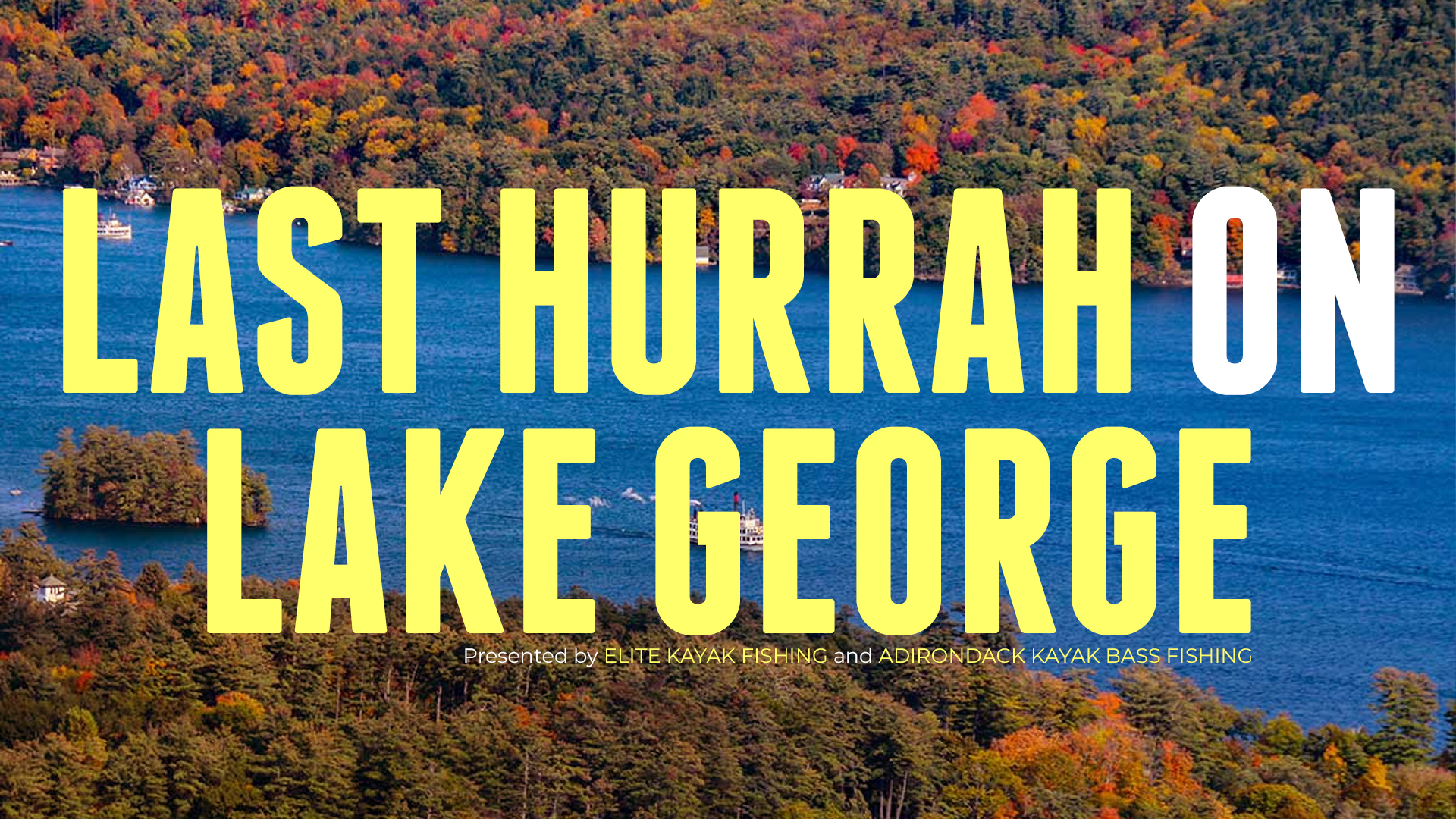 This past Saturday, thirty-two anglers hit Lake George for one last shot at glory!

This was not an official Elite Kayak Fishing event, just a fun, informal, post-season tournament hosted by us and Brian Baulsir and his Adirondack Kayak Bass Fishing club.

Leading up to the event, some anglers suggested the bite would be “on fire,” something that is often true with fall fishing. Others said it would be a tough bite. Unfortunately, the latter turned out to be true for most of the anglers fishing this one.

With spotty cell service around the lake, movement on the standings was just as sporadic as the cell service. Jack Bolobanic had an early lead, but was soon leap-frogged by John Ferreira. Neil Premo got on a primo largemouth bite in deep water, which pushed him into the lead for a time, but then “the kid” showed up…

The kid being New Hampshire’s Jake Angulas, a legend in the making, and it didn’t take long for him to climb up into the top spot.

Little changed in the the final few hours, the top three remained the same—Jake Angulas, Neil Premo, and John Ferreira—and Justin Rednour held onto tournament lunker with a solid 19.25-inch smallie. With poor cell service around the lake, however, many anglers uploaded after the event, once they got off the water and found a signal.

In the end, Jake Coucoules would take the lunker pot with a massive 20.75-inch smallmouth that he caught off a point, the same fish he says he caught off the same point the day before while pre-fishing.

Neil Premo’s unexpected largemouth bite out deep paid off, landing him in third place with 82.75 inches, while Stephen Kincade’s productive pre-fishing pattern held up, giving him 84.25 for second place.

Not surprisingly, it was reigning Elite Kayak Fishing Angler of the Year Jake Angulas who once again made it known that when he shows up, he is the angler to beat. Jake submitted ten fish on the day, nine of them smallmouth, but it was a late-day 17.50-inch largemouth that sealed the deal, bumping his total to 85.75, which was enough to best the field one more time!

We also offered anglers the chance to double down on this event, which was essentially a way to allow someone to double their entry fee and gamble on a winner-takes-all side pot. That gamble paid off, adding nearly $1,000 more to Jake’s earnings.

He’s had a hell of a run this year. The bar has been set, and it’s set high!

Thanks to everyone who came out for this one and joined us for a little gathering after the event. Shout out to the amazing Three Belles Outfitters for the swag! And thanks to Brian Baulsir and Adirondack Kayak Bass Fishing for being a great partner this season. We really appreciate it. If you’re in the Adirondack region of New York and are looking for a kayak bass fishing club to join, look no farther!