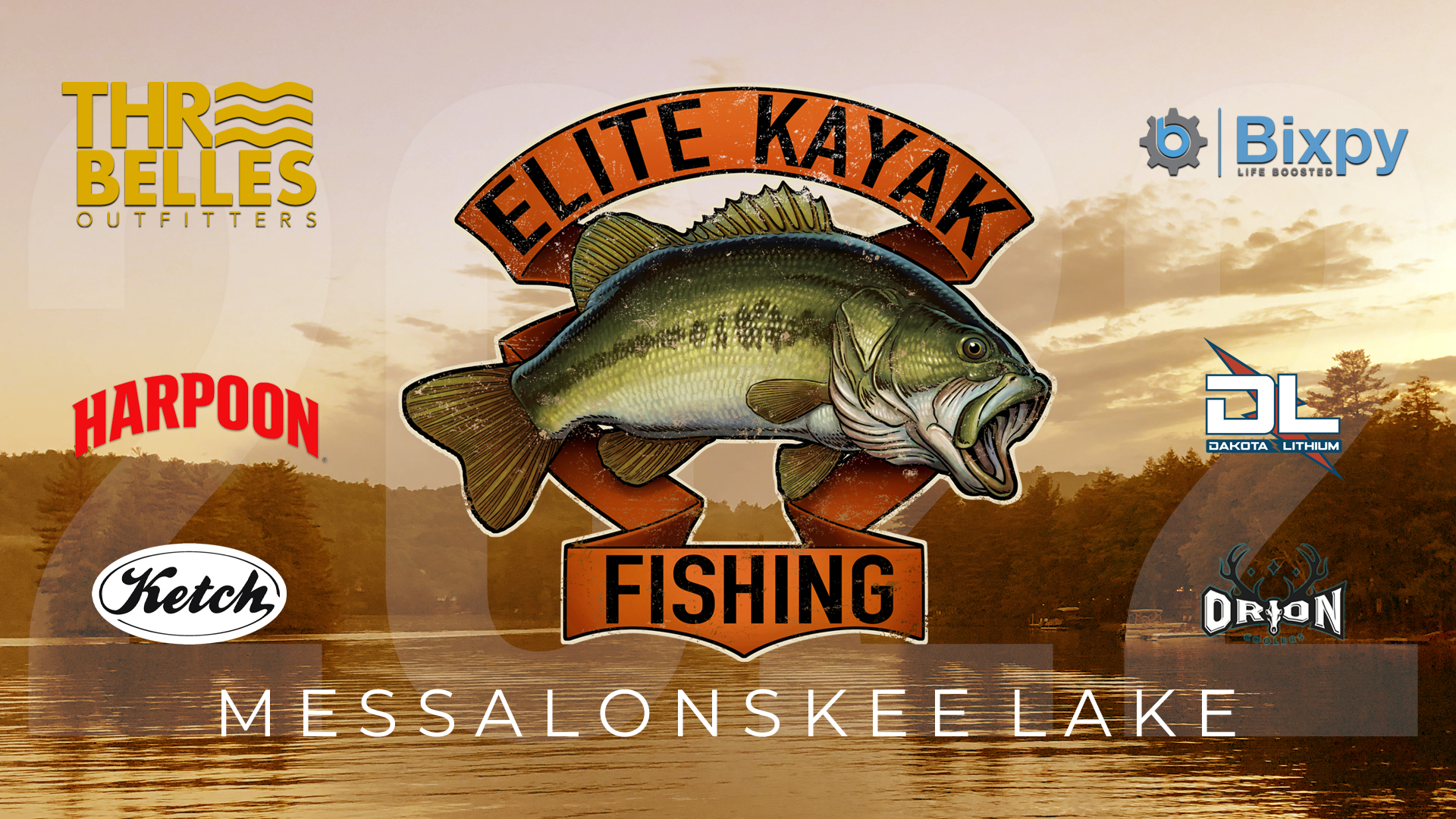 On May 21, the 2022 Elite Kayak Fishing season kicked off with a return to the angler-favorite Messalonskee Lake in Maine. A world-class bass fishery, Messalonskee is home to monster largemouth, but the smallmouth rule here, and they did not disappoint this weekend.

Once again, Snow Pond Center for the Arts hosted the event, offering their campus to the majority of the 84 anglers who fished the event (our biggest turnout yet).

Leading up to the tournament, anglers battled windy conditions and saw bass making the transition to shallow waters to spawn. Saturday morning, anglers crisscrossed the lake, often fishing in closer quarters than they would have liked, eager to jump to the top of the leaderboard. Throughout the day, anglers were consistently submitting entries, looking to gain an edge over the competition who were often vying for the same spawning bass.

At the end of the event, 473 scorable bass were submitted for judging by Reel Tournament Management, with eight anglers amassing over 90 inches for their best five bass, making it very tight at the top.

When the dust settled, Pennsylvania’s Nick Audi was crowned the champion with 93.25 inches, followed by Domenic Eno with 93 inches, and Ryan Matylewicz rounding out the top three with 92.75 inches. 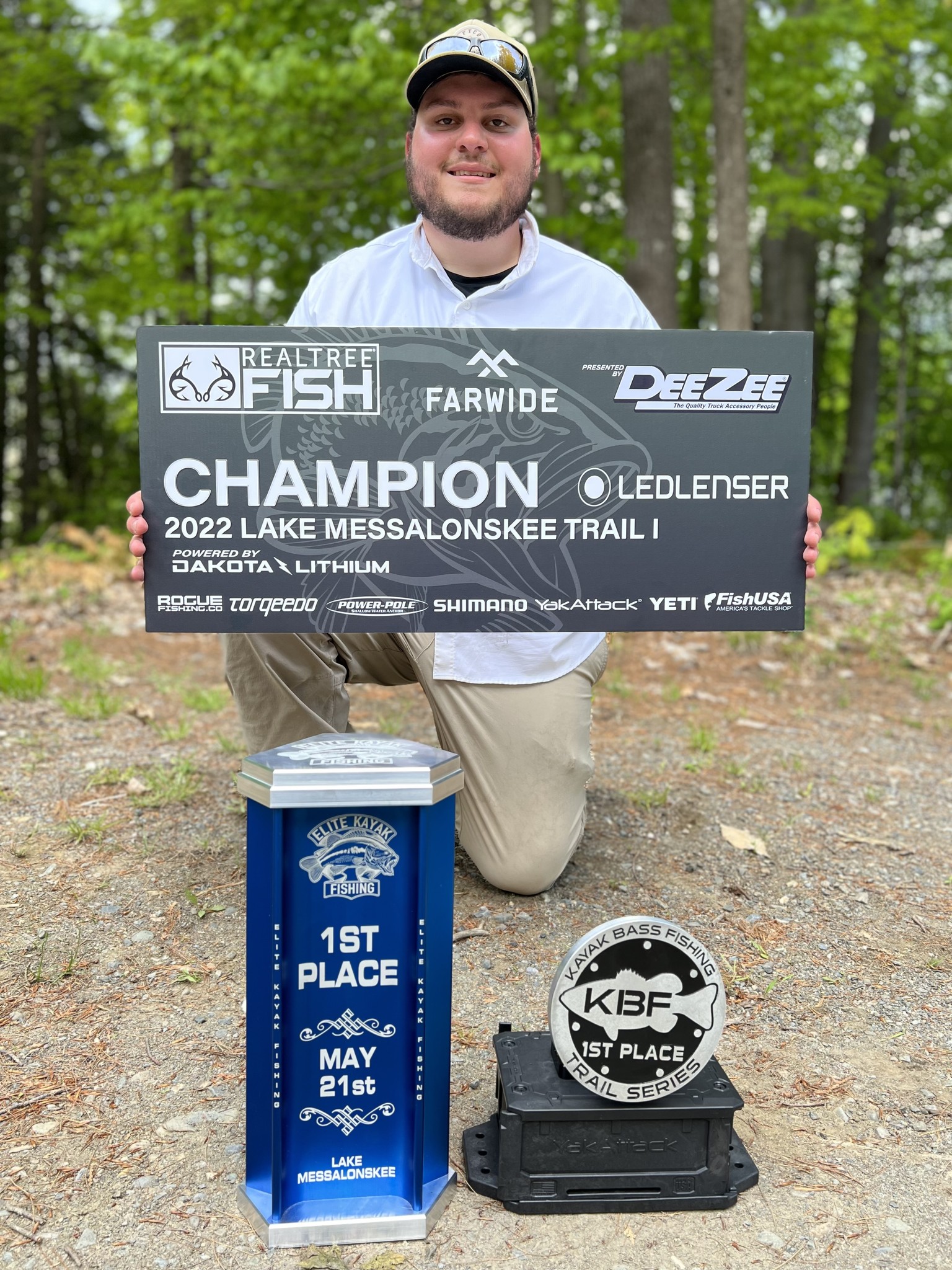 The Bixpy Big Bass was awarded to Peter Lambeau, who submitted a 19.75-inch largemouth. For this, Pete received a Bixpy J-2 Outboard Kit and $500!

Thank you to all who came out and supported the event!

The next EKF event takes anglers back to New York, to Oneida Lake, on June 25. We hope to see you there!

The first Elite Kayak Fishing event of 2022 is coming up this Saturday on beautiful Messalonskee Lake. We’ve been here before, both with EKF last year and KBF in years past, and this lake is always on fire. Expect big numbers for this one!

If you want to throw down with best anglers in the Northeast, register .

All the cabins are booked at Snow Pond, our host location for this event, but there are still plenty of rooms left in the dorm and lodge. Give Christa Johnson a call at 207-465-9648, ext. 203, to book.

And if you want to eat with us at Snow Pond, you can order your meals—Friday night BBQ, Saturday night pasta bar, and breakfast baskets—at this location.

Hope to see you there!

It’s still early, but as of right now the weather leading up to and on the day of our Lake Messalonskee/Long Pond event is looking great!

Forty anglers are already registered! If you’d like to take part in this event as well, register here.

Maine law requires all kayaks to be inspected, so head on over to Snow Pond and eat some great food at a great price ($12.96 per person) while your kayak is inspected. You can sign up for the BBQ here.

Cash bar will also be available!

Looking forward to seeing everyone this weekend.

Lake Added to Our Next Event!

Based on the number of anglers that fished our Cayuga Lake event—which was on Mother’s Day weekend and had less than desirable weather—we had concerns that we would go over our cap for our next event on Messalonskee Lake.

To avoid any potential roadblocks and dumping a very last-minute decision into the anglers’ laps, we reached out to the state and acquired an additional permit for Long Pond, which is connected to Messalonksee Lake via Belgrade Stream (separated by a dam).

Long Pond fishes very similar to Messalonskee and has many of the same characteristics, though its shoreline is much more undeveloped and natural compared to Messalonskee.

Anglers will now be able to fish either lake (or both)! We hope this is enough notice to anyone planning to fish the event.

You can register on Fishing Chaos up until 5 PM on June 4.