Home / Angler of the Year / Tournament Results / The Crowning of Champions

The Crowning of Champions 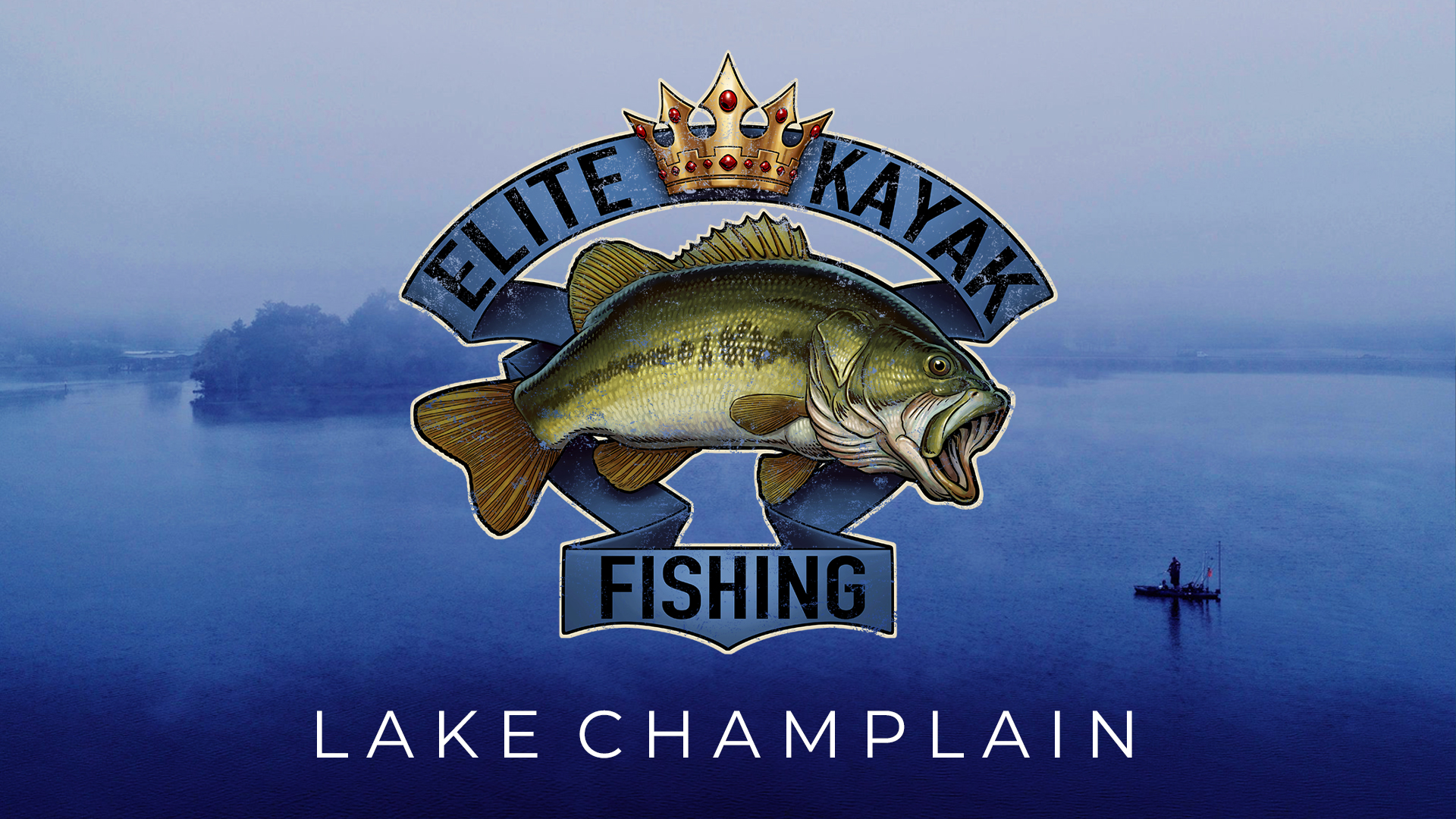 Elite Kayak Fishing’s inaugural season began on Cayuga Lake back on May 8, where seventy-four of the region’s best anglers laid the proverbial smackdown on hungry pre-spawn bass and the top ten collectively put up nearly a thousand inches!

From New York to Maine, to Pennsylvania and New Hampshire, it all culminated on September 18 at the first-ever Elite Kayak Fishing championship event—presented by Three Belles Outfitters and Bixpy—on legendary Lake Champlain, a worthy body of water to crown the 2021 Champion and Angler of the Year! 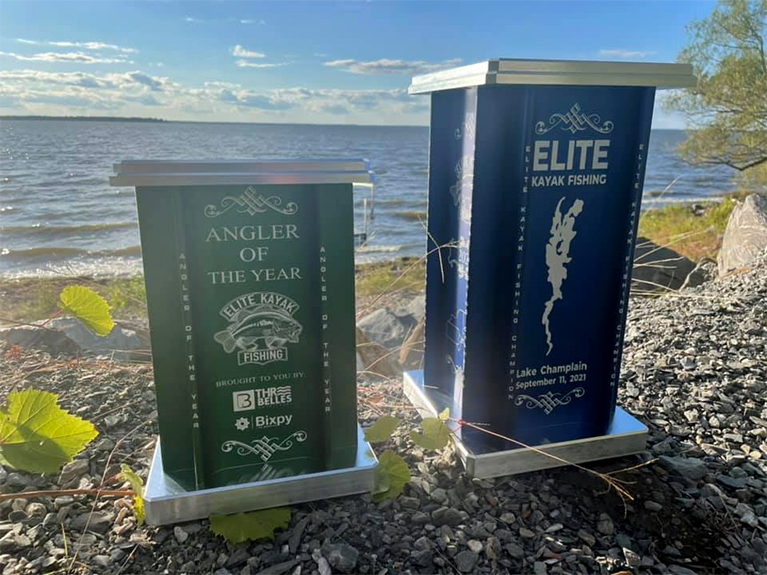 Straddling the New York, Vermont, and Canadian borders, a small field of qualified anglers took to the northern waters of this world-class fishery and found quality bites while pre-fishing. But with a drop in temperature, increased winds, big waves, and a tougher-than-normal bite on tournament day, they had to make some serious adjustments.

With limited cell service for some, and limited fish for others, movement on the leaderboard was sporadic and slow. Familiar names—Jason Gardner and Jake Angulas—jostled for the top spot all day, but Steve O’Brien and others were right there with them.

When the standings went offline at 1 PM, Angulas had taken the top spot and was gunning for his third and biggest win of the season, while Gardner was nipping at his heels in second, and O’Brien had dropped to fifth.

As anglers got off the water and found cell service, the leaderboard lit up, with places shifting numerous times before the submission deadline.

At the end of it all, the Bigpy Big Bass went to Brian Baulsir, whose 20.75-inch largemouth was hard to beat, earning him $500 and a Bixpy J-2 Outboard Kit.

Sitting two spots out of the money when the leaderboard went dark, Steve O’Brien was able to put his legendary stick-catching skills to good use in the remaining two hours, wrangling in quality smallmouth and securing a few late-day upgrades to push him up into third place.

On tournament morning, while many anglers took one look at the waves and sought shelter from them, Jake Angulas did the opposite. He spent his day fishing offshore, riding massive Champlain waves, throwing a Ned rig and crushing big smallies in 50 to 70 feet of water. The pedigree of a true champion!

Although it appeared that Jake was primed for another Elite Kayak Fishing victory, Jason Gardner had something to say about it…

Jason found his limit early, but they weren’t the bass he needed to win. He made a move to a new area—which proved to be the right move—and began upgrading, ultimately culling all his fish and then some. Jason caught everything on a Z-Man Jackhammer, putting up 92 inches of smallmouth bass, and edging out Jake Angulas by a mere 1.5 inches to become the very first Elite Kayak Fishing Champion!

While Jake fell short this time, his achievements this season cannot be overlooked!

His fourteenth-place finish at Cayuga Lake may not seem all that impressive at first glance, but that was with a solid 89 inches of bass, just an inch from the top ten, two small upgrades from the win. He followed that up with back-to-back wins at Lake Messalonskee and Lake Wallenpaupack, and then took second place at Lake Winnipesaukee.

With his performance at Lake Champlain, Jake Angulas unequivocally earned the title of Elite Kayak Fishing Angler of the Year! 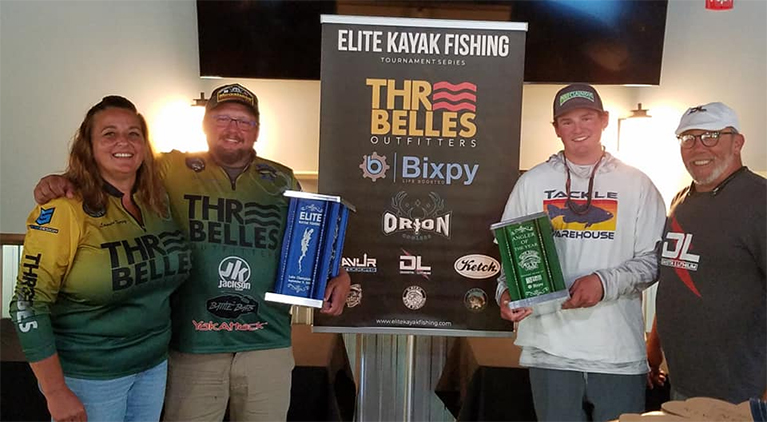 Full results can be found here on Fishing Chaos.

Elite Kayak Fishing would like to thank Brian Baulsir and Adirondack Kayak Bass Fishing, for their help organizing this event.

Another huge thank-you to Dakota Lithium for providing food during our awards ceremony.

To all our sponsors—Three Belles Outfitters and Bixpy, Dakota Lithium, Savur Outdoors, and Jackson Kayak’s Orion Coolers—we could not have done this without you and your unending support this season. Thank you!

And a massive salute to all the competitors who supported this new trail and for buying in to our vision for establishing a regional series in the Northeast! It gets bigger and better from here…

One Response to The Crowning of Champions