Home / Tournament Results / Down to the Wire on Winnipesaukee

Down to the Wire on Winnipesaukee 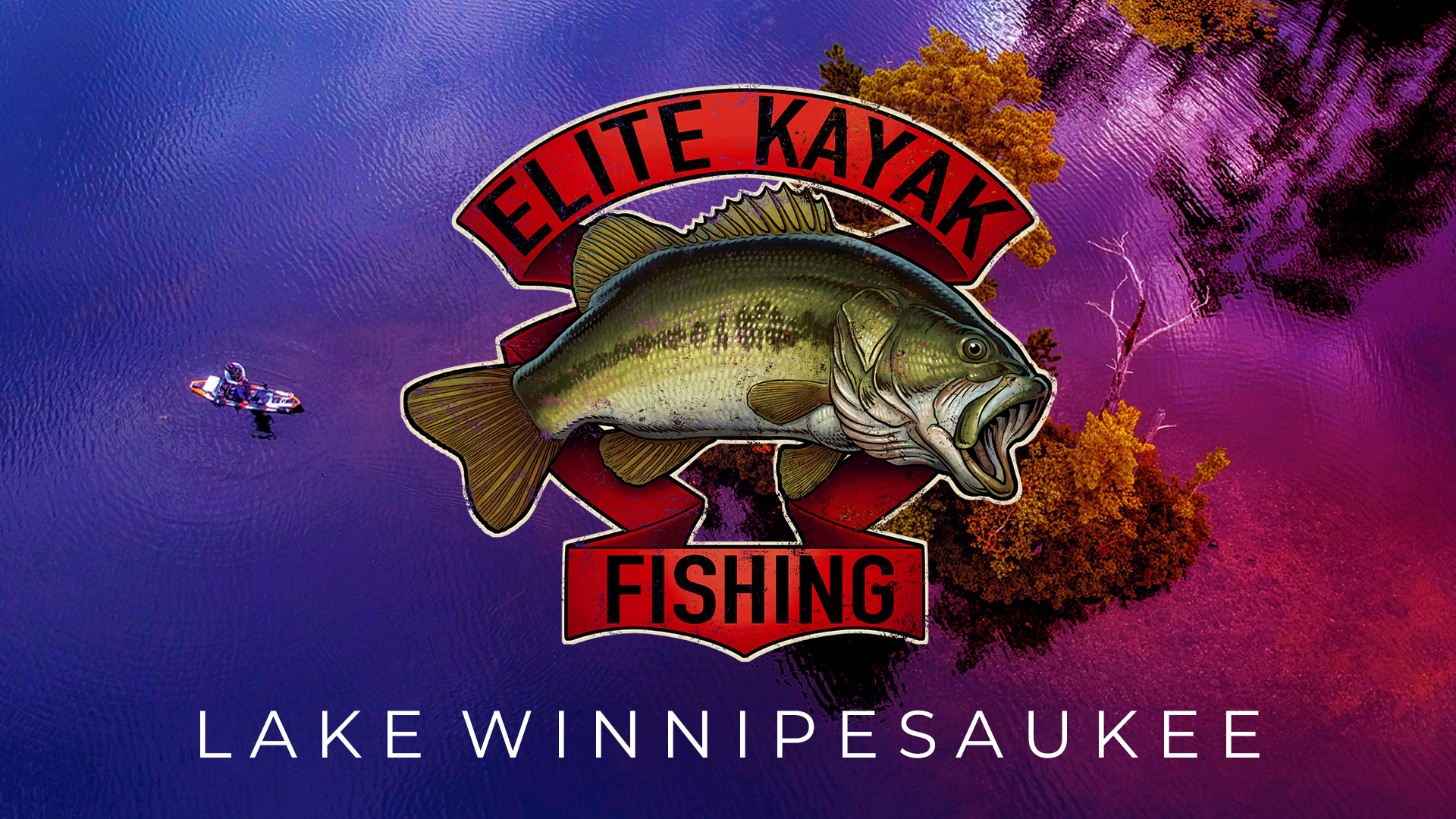 The fourth and final regular-season Elite Kayak Fishing event of the season—presented by Three Belles Outfitters and Bixpy—took place on Saturday, August 14, in the Lakes Region of New Hampshire on famed Lake Winnipesaukee.

Sixty-one anglers battled wind, sporadic rain, and thousands of recreational watercraft crisscrossing the lake, hoping for the win and to punch their ticket to next month’s championship event on Lake Champlain.

The fishing on Winnipesaukee is world class, boasting a healthy population of largemouth and smallmouth, lake trout, landlocked salmon, and more. Anglers submitted 228 scorable bass, with the top ten finding themselves in a tight race for the trophy.

The week leading up to the event was full of heat and humidity, making pre-fishing a challenge for some, while others were more successful. Lower temperatures and humidity greeted anglers the morning of the event, with the chance of showers throughout the day, and this no doubt had an effect on the fishing for many.

Massachusetts’s John Ferreira got off to a quick start, however, submitting an early limit in the low 80s and culling up to 84.75, which kept him in the lead for the majority of the day.

As the morning went on and the day heated up, other competitors started catching up, submitting and culling fish regularly. By mid-morning a familiar name had found his way to the top of the leaderboard.

Jake Angulas, a New Hampshire native and winner of our Lake Messalonskee and Lake Wallenpaupack events, targeted unpressured smallmouth, drop-shotting as deep as 100 feet. When the standings went offline at 1 PM, it appeared to be Jake’s event for the taking.

But Josh Smith, host of the Dark Waters Kayak Fishing Podcast, had other plans…

Josh started his day with a giant 22.50-inch largemouth, hauled up from 30 feet of water on a ned rig! But the fishing was slow, his bites coming few and far between, and more than once he considered leaving the event early. About once an hour, though, the fishing gods would give him a good reason to stay. 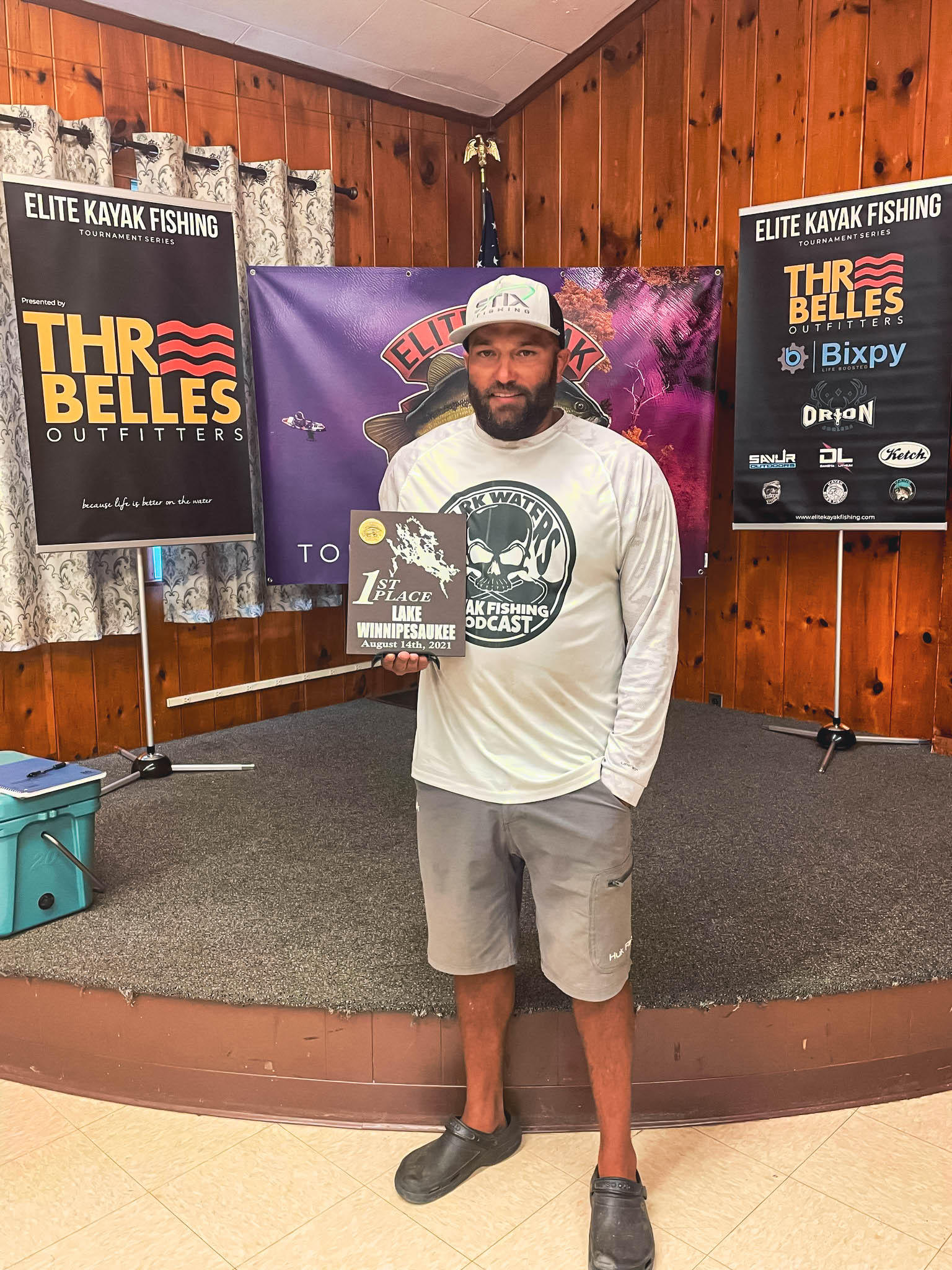 Josh credits his win to hard work and eating right.

His 22.50 also took home lunker gold for not only the event but the season, besting the previous season lunker, a 21.25 caught by Adam Rourke at our Cayuga Lake event (Justin Lacasse also caught a 21.25 at Lake Messalonskee, but Adam’s next largest had that now-irrelevant tie broken). Josh took home an additional $500 for catching the biggest bass of the event and a Bixpy Jet for the biggest of the season!

The event paid out six spots and over $7,000! Check out the final standings here on Fishing Chaos.

And to our sponsors—Three Belles Outfitters and Bixpy, Dakota Lithium, Jackson Kayak’s Orion Coolers, and Savur Outdoors—whose support throughout this season has been amazing!

And to all the anglers who supported not only this event but have supported Elite Kayak Fishing as a whole—thank you!

Up next, on September 14, we’re heading to Lake Champlain for our first championship event. If you’ve qualified, head on over to Fishing Chaos and register.